The Only Thing I Know for Real 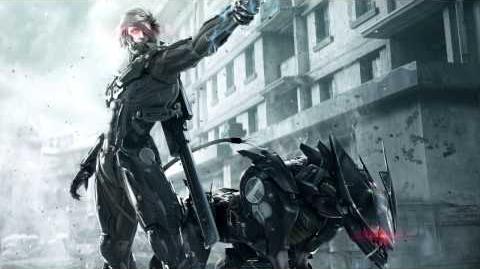 "The Only Thing I Know for Real" is the boss theme for Samuel Rodrigues in Metal Gear Rising: Revengeance.

The lyrics describe how he has forgotten the reasons why he fights, but that he can't stop himself because he feels as though it is the only way he knows how to live. The lyrics references Raiden and Sam’s final duel, and his involvement in Desperado Enforcement LLC.

The demo version of this song is "heavier" than the main game's Maniac Agenda Mix; voice, drums and battery are most pronounced, like Locked & Loaded. Unlike most of the boss themes, the lyrics are lost in the second phase of the fight, when Sam is forced to rely on his cybernetic arm and martial arts skills. Some of the lyrics mention a “mountain,” which is his goal to realize why he fights. The lyrics, “Because the mountains don’t give back what they take” references him losing his arm before the events of the main game. The lyrics, “It’s only the cold wind I feel” could be referencing the Winds of Destruction.

The only one left
Will ride upon the dragon’s back