Metal Gear Solid 2: Substance is a multi-platform updated version of the original Metal Gear Solid 2 released for the PlayStation 2, Xbox, and Microsoft Windows. Substance contains the main Metal Gear Solid 2 game along with some subtle alterations, including new infrared effects for the thermal goggles, additional cutscenes, and a new set of dog tags, as well as the inclusion of the Boss Survival and Casting Theater modes that were missing in the North American version of the original game. The Substance subtitle was inspired by Hideo Kojima's love of the bands Joy Division and New Order, both bands sharing members and releasing albums titled Substance.

The main addition of Substance is the inclusion of nearly 500 stand-alone missions (similar to those from VR Missions/Special Missions) with 300 missions set in a VR environment (including a set of missions played for a first person view) and 200 "Alternative Missions" (including bomb disposal missions) that take places in areas from the main game. In Missions mode, the player can choose between Solid Snake and Raiden, as well as five alternate versions of both (such as Raiden in the Cyborg Ninja exoskeleton or Snake in his original sneaking suit from Metal Gear Solid). Substance also includes five plot-based Snake Tales missions starring Solid Snake. Due to the low production value of these missions, there is no spoken dialogue (plots are narrated through on-screen text displayed at key points) and all of the enemies and areas are from the main game (the majority taking place in the Big Shell). Exclusive to the PS2 version is the inclusion of a bonus skateboarding mode based on Evolution Skateboarding. It features Snake and Raiden on the Big Shell.

Many changes were added to the main game. The intro of Substance now has a typewriter sound when a name is appearing on the main intro. This sound is not heard in Sons of Liberty. A new series of dog tags (2002) have been put in the game and the player has the option to choose between the 2001 and the 2002 series dog tags after they beat the game. Some Marines now have dog tags to collect when the player is in the holds (this is only available for the 2002 series dog tags). The player can find a silencer for Snake's USP in their second playthrough. New posters can been seen throughout the game. The Nikita has been moved to a new location. In the Plant chapter, the number of bombs the player must deactivate to get in to the holds depends on the difficulty setting. The player also can choose the two different chapters before even playing the game. The thermal goggles have been improved and remade to give a more realistic impression of heat. Snake and Raiden can be seen wearing sunglasses during the player's third playthrough (this is an item that can't be removed). Some minor changes to the dialogue were made as well. For example, in Sons of Liberty, after Solidus reveals Raiden's past to him he says, "No more games Raiden... at least you know." In Substance, it was changed to, "No more games Jack... at least you know."

Substance was first released as an Xbox timed-exclusive in North America on November 4, 2002. The PS2 version was held back until March 2003 and released alongside the PC version. All three versions of the game were released almost simultaneously in Europe, with all PS2 versions being bundled with The Document of Metal Gear Solid 2 to make up for a substantial delay in its release (The Document was only included in the initial printing of the game). Substance was released in Japan on December 19, 2002 for the PS2 only. The Xbox version is not compatible with the Xbox 360.

These objective-based missions are divided up into alternative missions where the action takes place in the environments from the game and VR training.

The different mission modes are as follows:

Due to many fans dislike of Raiden as the main character of Metal Gear Solid 2, a series of stories were created involving Snake in the Big Shell environments, named Snake Tales. The missions are described using screens of text instead of the usual Codec, as no voiceovers were recorded for these missions.

The player must fight all the bosses from the main game in sequence as either Snake or Raiden.

In the North American and European versions of Substance, a demo of sorts was released for Evolution Skateboarding, a then upcoming Konami skateboarding game. The player can choose from either Snake or Raiden, and the player can skateboard around Big Shell strut environments completing different objectives, such as grinding on rails, doing tricks, and destroying enemy Cyphers.

The Skateboarding minigame was only included exclusively in the PS2 version. Xbox and PC users were left out, even though the Xbox version was the first to be released.

This is a mode that allows the player to select cutscenes from the main game and select different character models for each of the roles. Included in the models the player can choose, besides the main cast of characters, are MGS1 Snake, Tuxedo Snake, and 1998 Snake and Ocelot, as well as Meryl Silverburgh. 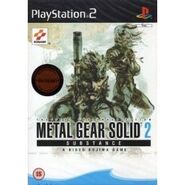 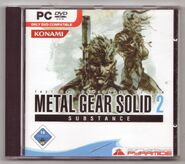 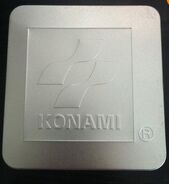 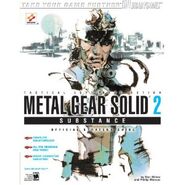 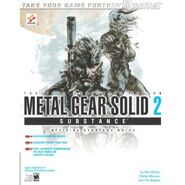 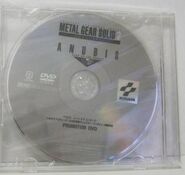 Japanese Promotional DVD (Paired with ANUBIS: Zone of the Enders')' 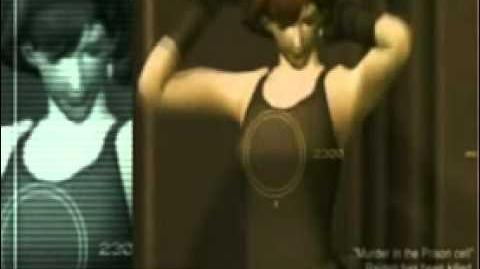 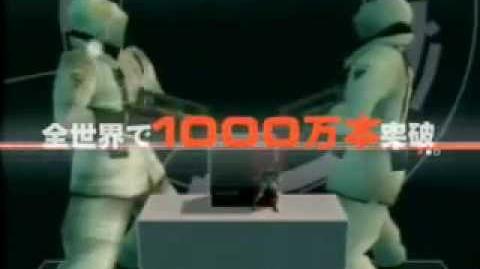 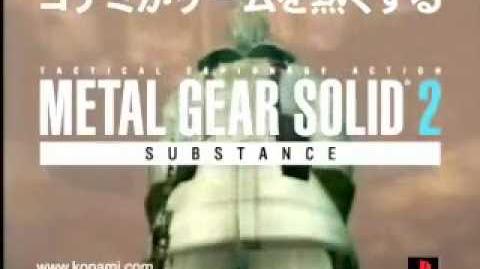 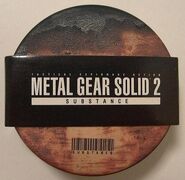 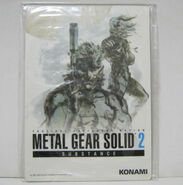