The Twin Snakes features graphical improvements over the original, new cutscenes written and directed by Ryuhei Kitamura, and gameplay functions originally introduced in Metal Gear Solid 2: Sons of Liberty. The game also includes a revised translation with re-recorded voice acting using all of the original English voice cast. Hideo Kojima and Shigeru Miyamoto oversaw development of the game. It was also intended to allow the player to play Metal Gear Solid as it was meant to be played.[1]

Denis Dyack, when asked about whether The Twin Snakes was going to be rereleased on the Nintendo Switch, stated that it was at the very least a likelihood.[2]

During a training mission on Shadow Moses in February 2005, at a nuclear weapons facility on a remote island off the coast of Alaska, the Special Forces unit FOXHOUND rebelled against the United States government, under the command of Liquid Snake. Their target was the advanced weapon system Metal Gear REX, a gigantic robotic weapons platform able to independently launch a nuclear warhead at any target on the face of the planet. Their demand was the body of the greatest soldier who ever lived, Big Boss, which, through gene therapy, they could use to create an army of ultimate soldiers.

With the safety of the entire world at stake, at the request of the Secretary of Defense, Colonel Roy Campbell, the former commander of FOXHOUND, summoned Solid Snake out of retirement for one last solo covert operation.

For a full summary of the game, see here.

The voice acting was re-recorded, with most of the original voice cast from Metal Gear Solid returning in their original roles, with the notable exception of the voice actor for Gray Fox. In the original game, Gray Fox and Donald Anderson were both voiced by Greg Eagles. In the remake, Eagles reprised his role as Anderson, but Gray Fox was voiced by Rob Paulsen. Unlike previous Metal Gear Solid titles, no Japanese voiceovers were recorded for The Twin Snakes. Instead, the Japanese version used the same English voice acting as the North American and European versions. David Hayter explained that the reason why the English version required re-recorded voice acting was because in the original version, they recorded it in an apartment that was transformed into a makeshift studio instead of a soundproof room, and as a result, with the GameCube's enhanced sound output systems, the player would have heard the traffic outside if they used the voice acting as is.[3][4][5]

^  This credit only appears in early demo versions of the game and in the back of some versions of the user manual under Cast and Credits in the European version. David Hayter did not have a pseudonym in the game credits.

On May 1, 2003, Nintendo officially announced that a remake of the original Metal Gear Solid would be released for the Nintendo GameCube, titled Metal Gear Solid: The Twin Snakes. The game would not be developed by Konami Computer Entertainment Japan, as they were busy developing Metal Gear Solid 3: Snake Eater, but by Silicon Knights.[6] Silicon Knights had been working on the game for a few months before the announcement and were working to make the graphics resemble Metal Gear Solid 2: Sons of Liberty. Hideo Kojima and Shigeru Miyamoto would be overseeing development, though Denis Dyack, president of Silicon Knights, would be directing the game. The game was slated to be released in late 2003 for North America and Europe and early 2004 for Japan.[7] At E3 2003 in mid-May, a demo of the game was playable, where it was revealed the game would feature gameplay from Metal Gear Solid 2 such as first-person aiming and being able to move bodies around.[6]

On May 15, 2003, Nintendo stated that they would had like to include a Game Boy Advance connection feature in the game, though Kojima and Miyamoto did not say how this would have worked.[8] This was later dropped as development on the game continued.[9]

Japanese film director and writer Ryuhei Kitamura had directed the game's cutscenes in-house at Konami. The cutscenes reflected his dynamic signature style, utilizing bullet-time photography and choreographed gunplay extensively. Kitamura created many of the game's cinematics to look identical to those in the original Metal Gear Solid, but upon inspection, Kojima had him redo them.[13] One of the cutscene aspects for the game (Snake surveying the area with the binoculars à la Commando) was later reused for Metal Gear Solid 3.[14]

The entire musical score, with the exception of "The Best Is Yet to Come", was rewritten.

The game's composition duties were split: some of the in-game music was handled by Steve Henifin and Silicon Knights' music staff, while the rest of the music featured in-game, in menus, and in cutscenes was handled by Konami's music staff, including GMS co-composer Norihiko Hibino.

As with previous games in the series, the cutscene music has a more orchestral/choral basis than the in-game music, which is more electronic with an emphasis on strong beats during action sequences. As the game is a remake, many of the themes recall the music in the original game. Hibino composed a military-themed take on the "Metal Gear Solid Main Theme" for the game's trailer; "Mantis' Hymn" was transformed into a driving battle theme. The main theme itself was largely excised from the game, and replaced by a slightly modified version of Sniper Wolf's theme. Likewise, the boss theme song, "Encounter" was replaced with original compositions for the various boss fights.

In Japan, the game was released on March 11 alongside an exclusive Premium Package. The box includes the game itself; a platinum-colored GameCube adorned with the FOXHOUND logo; a 44-page book titled Memorandum containing production notes, sketches and photos; and a GameCube disc called the "Special Disc" containing an emulated version of the Nintendo Entertainment System version of the original Metal Gear and a trailer of The Twin Snakes.[16]

Much like the original Metal Gear Solid, which received excellent reviews from critics, The Twin Snakes received an average of 85.58% from GameRankings[17] and a metascore of 85 on Metacritic.[18] IGN gave the game a 8.5 out of 10, praising its superior graphics and likening the presentation to epic movies.[19] GameSpot gave it an 8.2 out of 10,[20] Eurogamer rated the game as 8/10, and Gaming Age gave it a A- rating. Game Informer gave The Twin Snakes a 9.25/10, citing its improved gameplay and graphics, and also its faithful retelling of the original Metal Gear Solid story.[21]

Despite receiving mostly favorable reviews, The Twin Snakes has also drawn criticism. According to GamePro, the game has a "flagging framerate and bouts of slowdown that occur when too much activity crowds the screen." The new gameplay elements from Metal Gear Solid 2 have also been criticized as unnecessary, as the level design is virtually unchanged from Metal Gear Solid, and, according to Electronic Gaming Monthly, even "spoil the challenge ... and completely ruin at least one boss battle" (the battle with Revolver Ocelot is made easier with first-person aiming).

Also, many were disappointed with the direction of the new cutscenes, despite the fact that Ryuhei Kitamura was hand-picked by Hideo Kojima to direct the cinematics. One criticism is that they feature characters performing more extreme acrobatics, including Wuxia-inspired fights. In the original, for instance, there are no scenes where Solid Snake backflips off an incoming missile, or dodges a rather large section of the roof that Gray Fox has cut off and kicked at Snake. One particularly controversial cutscene involves Snake and Meryl Silverburgh standing while a sniper's laser travels over Meryl's body before shooting her. Some fans decried these changes, though the series had been known for fantastical action set-pieces in cutscenes even before the remake. 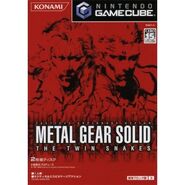 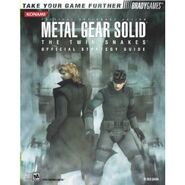 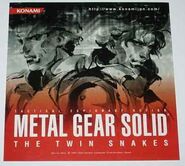 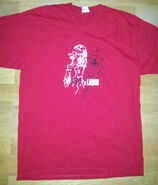 Paper craft materials included in The Twin Snakes alongside instructions for a paper craft REX, as well as materials for the Shagohod as it appeared at E3.

Yoshi and Mario in The Twin Snakes. 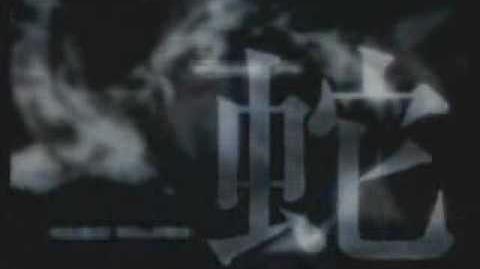 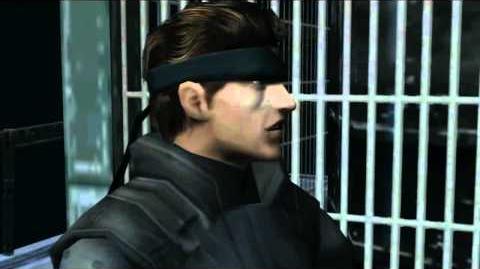 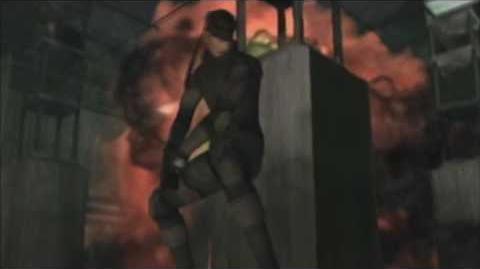 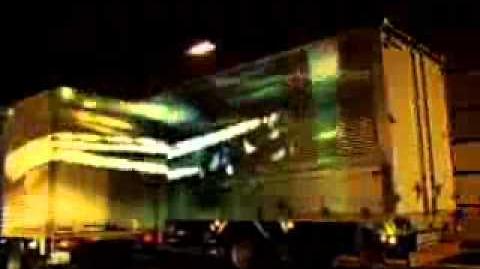 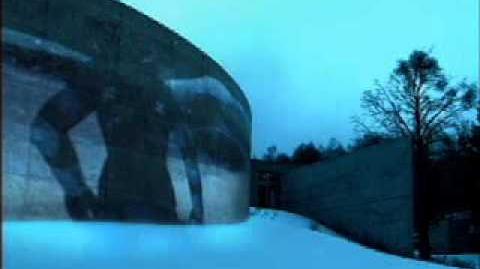