Through his point of view, Naked Snake is crawling down a branch in Dremuchij South on August 24. However, he runs into a Green Boa, which hisses, and snaps at him twice before deciding to slither away and ignore him. Snake then continues to crawl through the ivy and brambles until he runs into an Indian gavial. The Indian gavial then goes around in a circle, and Snake proceeds to crawl, but then crawls backwards to avoid the Indian gavial. The gavial, noticing Snake's presence, emits a hissing growl, before going past him, although Snake presumably ducked under the gavial's attempt at a tail whip. He then crawled up the hill, but he inadvertently set off traps, causing him to narrowly avoid various darts being shot at him as well as a spiked log trap that was activated shortly after the darts. Afterwards, he quickly crawled up the hill, jumped up the ledge, and then savored a breather. The camera then shows Snake fully, as well as the title Metal Gear Solid: Snake Eater 3D. He then emerges from the 3D sign and places his hand on it, with the camera zooming out to the hornets nest behind him. A Hind then arrives at Dolinovodno, to which he hides behind a tree until it passed over a bridge.

Snake manages to arrive at Dolinovodno, and after hiding from a Hind A chopper patrolling above, attempts to cross the bridge (which is in more disrepair). However, he unintentionally provoked a hive of hornets, and ends up having to break a run for the bridge before leaping off while being stung, grabbing onto the ledge at the last second. He then had to crawl all the way to the end of the bridge, above the cliff below the bridge, while being directly above various Hind A choppers patrolling the river below the bridge. The portion of the bridge has its wood snap off, having Snake fall, narrowly landing on the cliff and nearly injure himself in the process. He then attempts to scale through the narrow cliffline to the path nearbly, but a rockslide commences. Barely escaping, he crosses the path, only for some bluebirds to swarm at him. He then arrives at the main path, although he hides from a trio of patrolling GRU soldiers on a ledge nearby. One of the GRU soldiers attempts to smoke a cigarette, but accidentally fumbles the cigarette box which proceeds to drop down into an ivy patch close to Snake's position, The GRU soldier then looks for it, and then starts reaching blindly for it, with Snake narrowly avoiding his grabs. Snake then grabs the cigarettes and subtly hands it over to the GRU soldier. The GRU soldier then rushes to rejoin his comrades, while Snake watches on, he then departs to Rokovoj Bereg.

Snake arrives at Rokovoj Bereg (which was situated closer to Dolinovodno). Snake then encounters The Boss, to which The Boss remarks to him that she was waiting for the finality of that day. The Boss then sheds her cloak, and the scene cuts to her telling him that MiGs will be arriving to bomb the area in 10 minutes, with three MiGs being seen in flight. Boss then tells Snake to prove his loyalty and face her, as he is a soldier and thus should finish his mission by defeating her. They then fight. As the trailer ends, The Boss attempts to punch Naked Snake when the trailer reveals that, "In the past, METAL GEAR used polygons and became 'SOLID'." and that "Now, METAL GEAR SOLID comes out of the screen and becomes a true "SOLID"3-D.

This demo was shown in the Nintendo's E3 press conference on June 15, 2010. The demonstration at E3 2010 featured no actual gameplay, instead allowing players to freely move a camera around the map in real time, demonstrating the graphical and 3D capabilities of the system.[1] Promotional screenshots for the title show various scenes from Metal Gear Solid 3, several involving both Naked Snake and The Boss. The game was displayed on Nintendo's E3 press site and has an official page on Kojima Productions' website.[2]

In a developer interview on Nintendo's E3 press site, Hideo Kojima stated that his choice of using Metal Gear Solid 3 as the setting for the demo was due to his belief that a jungle setting would better complement the 3D capabilities of the 3DS.[3]

In a live stream where Kojima and other members of Konami answered fan questions, they were asked about whether or not the game was a sure thing. The answer they gave was "We're going to see what people think and feel. What [Kojima] is going to do, is decide the right direction. This was more of a 3D depth presentation. The real game won't be like that. Your eyes get tired."[4]

Kojima said that they're considering including some elements from Metal Gear Solid: Peace Walker, including the game's cooperative play system and portable-like elements. Also he said that this game had high level models that were about the same quality as the stuff on the PlayStation 3.[5][6]

The scene where Snake "helps" a GRU soldier find a cigarette pack he dropped is later referenced in Metal Gear Solid: Snake Eater which is another adaptation of Snake Eater for pachislot machines.[7] 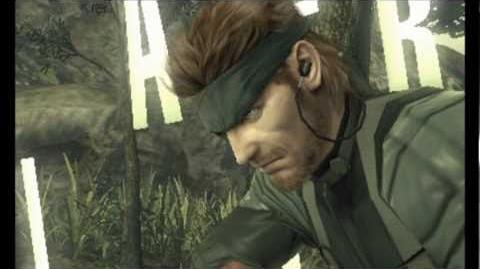 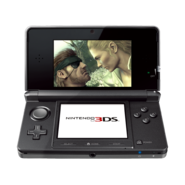