Metal Gear Solid: Portable Ops Plus (officially abbreviated to MPO+) is a stand-alone expansion of Metal Gear Solid: Portable Ops released in 2007. The original game's Story Mode is replaced by a new Infinity Mission mode that's set shortly after the events of San Hieronymo Incident.[1] It includes more multiplayer options such as new characters, maps, weapons, and game modes. The player's squad now have an increased capacity for up to 200 soldiers, allowing for more options such as roaming through Infinity Mission mode or fighting online using captured soldiers.

On June 1, 2016, it alongside Portable Ops, was re-released onto the PlayStation Vita and PlayStation TV as a downloadable game via the PlayStation Network due to fan request.[2][3] However, the online functions for the Vita and TV versions of the game remained disabled, although this did not hamper the accessibility of the U.S. local soldiers.[4]

In addition, with the exception of bonus soldiers (see below), capturing any soldiers, including the main characters, will add their entries to an index explaining their role.

Since Portable Ops Plus is more of a multiplayer oriented expansion, its focus is on adding new play mechanics, game modes, and characters, along with new maps. New players are able to join in on the battle using a system which was built for recruits on the battlefield to help them distinguish the enemies and their teammates, along with helping the new player to help out their teammates. Also in multiplayer, the chat room has changed from having pre-set sayings to an on the fly keyboard, giving the player the ability to type while playing.

There are four new unique characters the player is able to recruit. These characters are:

Portable Ops Plus also introduces various general soldier types in addition to the ones present in the original Portable Ops. These consists of various force units from Metal Gear Solid 2 (Gurlukovich Soldiers, Hi-Tech Soldiers, Tengus and SEALs), female Soviet and Ocelot Unit soldiers (the latter available only via AP scout, GPS scan or using passwords) and the arctic warfare Genome Soldiers from the original Metal Gear Solid (including colored variations obtained via a special item known as the "Heart of Justice").

In addition, each regional version of the game has its own set of local camo soldiers that can be obtained through the GPS scan feature. The Japanese version includes 47 local soldiers based on the prefectures of Japan, while the North American version has 51 local soldiers based on the U.S. states and capital. These new local soldiers have the name of their state/prefecture written in front, a map on the back and a colored camouflage pattern that varies depending on the region the state/prefecture is located, with the former type also being included in the soldier lists. The 12 flag camo soldiers previously introduced in the European version of Portable Ops are also present in the European version of Plus. Special versions of the Black Genome Soldier and the Chiba local soldier can also be procured wirelessly during Tokyo Game Show 2007.

The Japanese version of Portable Ops Plus has even more Special Camo Soldiers in addition to the retailer soldiers featured in the original that were offered in special events, resulting in over 130 soldier types.

The official website is a flash-based website which has a game being played to access certain features in the game. In particular, the person accessing the site is portraying a soldier under Big Boss's command (with the options varying between a USSR male soldier, a FOX Unit soldier, a high-rank officer, female officer, and a female scientist). They are then tasked by Big Boss via radio to locate missing Kerotans by clicking and shooting them, with the first map being that of the Town area from the main game as well as Portable Ops Plus, with new features being unlocked each time a kerotan is found. Features found on this map include new maps; details on the infinity mission; the official trailer for Portable Ops Plus; support for beginners; unique characters; and battle types. After finding all of them, Big Boss then congratulates the player character, only to get an urgent message revealing they found even more Kerotans that had escaped, resulting in the player being sent to the REX Hangar to find the rest of them, with features found there including "Boss Rush Mode," "AP Recruiting," "Online Trade," "New Careers," "Character Development," "Communication," and "Special Movie" for each Kerotan collected. After locating all of them, Big Boss then congratulates the player, before informing them that he has to leave in order to create a system that respects soldiers and gives them a use.

Metal Gear Solid: Portable Ops Plus has received mixed reviews. According to Metacritic, the game received a metascore of 65 based on 19 reviews.[5] GameRankings gave the game an average of 64.67% based on 25 reviews.[6] IGN gave the game a 6.5 saying, "Unfortunately, the improvements don't outweigh the features that have been stripped away from this franchise, making this release seem unnecessary."[7] 1UP gave the game a B saying, "Less of a sequel and more of a stand-alone expansion pack to the previous excellent PSP offering Portable Ops, Plus delivers another compelling dose of Metal Gear Solid stealth-action gameplay in an easily digestible, bite-sized form."[8] Eurogamer gave the game a 6/10 saying, "With the story and some of the more interesting recuitment features from the original game removed and with an RPG experience system that ultimately breaks both the offline and online play, it's hard to recommend this over its forebear, even if it is cheap at half the price."[9] Pocket Gamer was the most critical of Portable Ops Plus, giving it a 4, saying, "Metal Gear Solid: Portable Ops Plus attempts to expand the award-winning gameplay of the original but ends up a worthless cash-in instead."[10]

European packaging.
Add a photo to this gallery

European promo.
Add a photo to this gallery

Promotional DVD.
Add a photo to this gallery 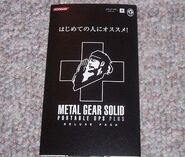 Promotional stickers.
Add a photo to this gallery

Portable Ops Plus wallpaper A.

Portable Ops Plus wallpaper B.
Add a photo to this gallery 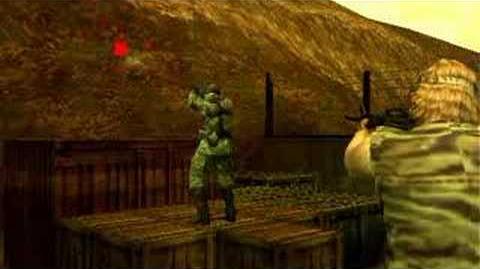 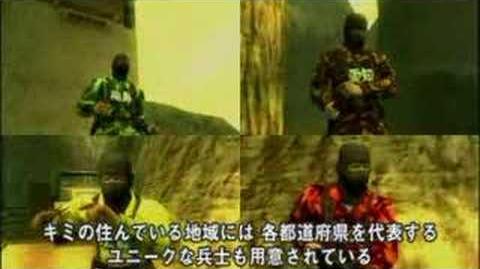 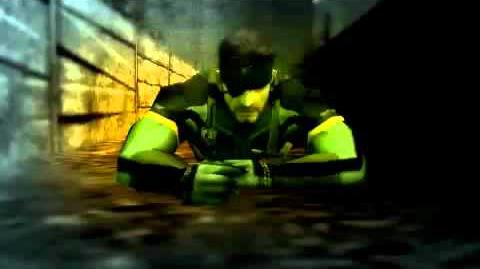 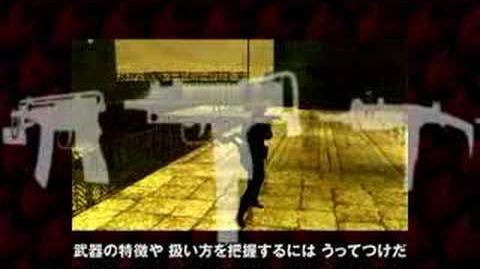 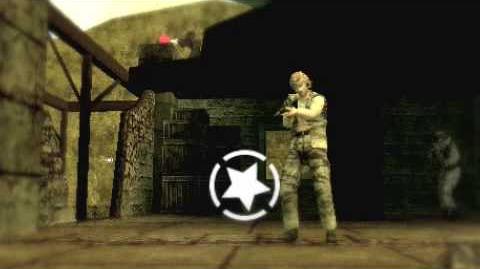