Metal Gear Solid: Portable Ops (commonly abbreviated to MPO) is a stealth action game directed by Masahiro Yamamoto and produced by Noriaki Okamura and series creator Hideo Kojima. Portable Ops was developed by Kojima Productions and published by Konami in 2006 for the PlayStation Portable.[1] It is the fourth Metal Gear title for the PSP and the first one to retain the series' action-based gameplay.[2] It was also the first game to utilize graphic novel inspired cutscenes.[3]

Set in 1970 in South America, six years after the events of Metal Gear Solid 3, the game follows the exploits of Big Boss after his former unit, FOX, goes renegade. The game also chronicles the eventual founding of FOXHOUND, as well as the inspiration of the military state Outer Heaven.[3][4]

Six years after the events of Operation Snake Eater, Naked Snake's former team, FOX, has broken their allegiance with the CIA and gone renegade. Snake himself is also targeted by the FOX unit, which sent renegade FOX unit soldiers to attack and capture him. Snake is tortured and interrogated by one of the members of FOX, Lieutenant Cunningham, who's trying to locate the whereabouts of the missing half of the Philosophers' Legacy, with the United States Government having already acquired the other half of the Legacy from the Soviet Union at the conclusion of Operation Snake Eater. Snake is imprisoned in a cell next to Roy Campbell, the sole survivor of an American Green Beret team sent in to investigate the base. Snake learns through Campbell that they're on the San Hieronymo Peninsula, the site of an abandoned Soviet missile silo in Colombia.

The two escape and Snake makes his way to a communications base, where he attempts to contact his old CO, Major Zero. Instead, he is greeted by his old FOX comrades Para-Medic and Sigint, who reveal that Snake and Zero are being accused of instigating the revolt and that the only way for Snake to clear their name is to find and apprehend the leader of the rebellion, Gene. To complicate matters, Gene has also convinced most of the Russian soldiers stationed on the base to join their side by simply taking over the chain of command of a former Red Army unit, that was secretly stationed inside the Colombian territory. In order to complete his mission, Snake must persuade enemy soldiers to join his ranks.

The main addition of Portable Ops is the Comrade System.[7] Instead of the solo missions from previous games, Portable Ops uses a squad-based approach, with Naked Snake having to recruit allies to form a team of trained specialists.[8][9] Before each mission, the player must compose a four-man squad. The squad is then sent into battle.[9][10] Each member of Snake's squad has their own strengths and weaknesses.[9][7] While some units are best utilized on the battlefield, others may specialize in producing items, healing allies, or providing intel for each of the game's maps.[10][7]

During gameplay, the player controls only one squad member at a time.[7] Squad members not in use will hide themselves inside a cardboard box, and can be swapped into play when the player-controlled character finds a hiding spot, where they can hide in their own cardboard box. The player uses a different weapon/item equipping system.

Characters who are killed in combat are eliminated from the player's squad permanently unless they are unique characters such as Snake.[9][10] Unique characters also include teammates that are bosses or supporting characters in the story.[9] If a unique character's health is reduced to zero, they are sent to the infirmary, in order to recover.[9] The player can also abort the mission.[11]

A variety of methods can be employed to expand one's squad.[12] If an enemy is tranquilized or stunned, they can be dragged to a waiting vehicle and captured.[3][12] After a period of game time, the captured soldier will become a member of Snake's squad.[12] Also, enemies can be dragged to an ally waiting in a cardboard box, where, through the use of a transeceiver frequency, they will be ordered to transport the enemy for the player, saving stamina.[12] Alternately, by accessing the PSP in certain hotspots using the system's Wi-Fi feature, soldiers and even special bonus characters can be recruited.[8][12] The PSP GPS Receiver can also be used for a similar effect.[9][12] Because some of the player's recruits include former enemy soldiers, they can walk among the enemy undetected as long as the player avoids doing anything suspicious.[12]

The game also contains a Wi-Fi-enabled multiplayer mode, which is an expansion of the Metal Gear Online mode from Subsistence.[8][15] One's performance in Online Mode may affect their performance in the single player campaign; the player can recruit and trade soldiers from defeated opponents or vice versa.[6][9] Additionally, certain multiplayer options result in recruits being removed from one's single player roster permanently.[10] In contrast to the console games in the series, the cutscenes are not rendered using the in-game engine. Instead, they are presented using an animated comic style consisting of hand drawn artwork by artist Ashley Wood.[8] This style was previously used in Metal Gear Solid: Digital Graphic Novel.[2][4] The game features voice acting, consisting of returning cast members from Metal Gear Solid 3 and new actors.[1][16] However, the number of cutscenes and in-game voice sections are minimal due to the PSP's UMD storage capacity constrains.[9]

In late August, Konami released more details about the game. They stated that the game would feature an online mode and a single-player mode that continued the canon Metal Gear story, unlike the previous PSP Metal Gear games Metal Gear Acid and Metal Gear Acid 2. As the player progressed through the game, Big Boss could recruit other characters to assist him. Each character would have attributes that set them apart from others, such as one excelling in a variety of combat skills. The game would feature FOX and expand on Para-Medic, Sigint, and Major Zero, with their respective voice actors returning. Artist Ashley Wood would be illustrating the game's cutscenes. Finally, they stated that the gameplay would be more akin to the Metal Gear Solid games than the Acid games.[20][21]

In addition to the regular trailers, a special trailer known as The Missing Link was released that stated that Portable Ops would explain the reasons why Big Boss formed FOXHOUND, how Big Boss formed Outer Heaven, and why he'd turn against the world he once saved. The trailer also stated that not only would it continue the story of Metal Gear Solid 3, but it also would set the stage for Metal Gear Solid 4: Guns of the Patriots (MGS4). Kojima echoed similar sentiments in his various commentaries.[5]

The game was directed by Masahiro Yamamoto and scripted by light novelist Gakuto Mikumo, while Kojima served as producer and general manager. In a press release, Kojima stated that Portable Ops's story was connected to that of MGS4, and that its completion was necessary for finalizing MGS4's story, expressing that changes in one would potentially require changes in the other.[22]

In the European version of the game, extra spy missions were included along with a Boss Rush mode.

**The logos have Big Boss, a Soviet soldier, and a FOX agent saluting.

In 2007, Portable Ops was included in the Japanese Metal Gear 20th Anniversary: Metal Gear Solid Collection to celebrate the 20th anniversary of the Metal Gear series.

In Europe and the UK, Portable Ops was released as double pack set along with another Konami labelled game which are either Silent Hill: Origins or Coded Arms.

Portable Ops received very positive reviews from critics. Metacritic gave the game a metascore of 87,[24] while GameRankings gave the game an average of 86.95% based on 60 reviews.[25] IGN gave Portable Ops a 9 out 10 saying "Portable Ops literally stretches the system to its limits, perhaps farther than any other game to date, making this title a must have for PSP owners."[9] GameSpot gave Portable Ops a 9 out of 10. They praised the game for its story, open-ended gameplay, multiplayer options, presentation, graphics, sound, music, speech, and replay value. They criticized the game for its lack of 3D cutscenes, full speech, blood effects and its complicated control scheme.[6]

Portable Ops is the only canonical installment in the series to omit certain features commonly associated with the 3D Metal Gear Solid games, and in some cases, the series as a whole: 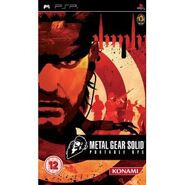 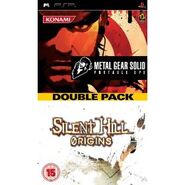 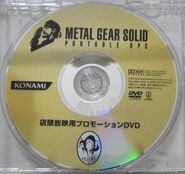 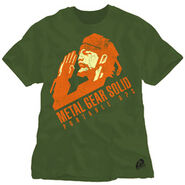 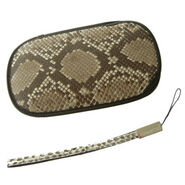 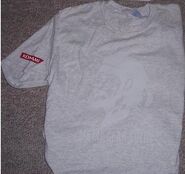 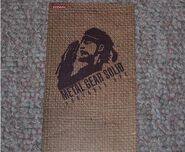 A selection of unique characters that can be recruited in Portable Ops. 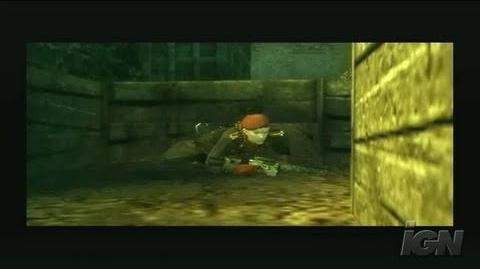 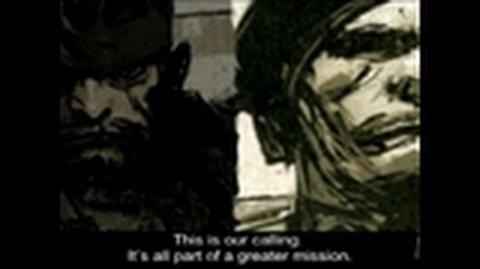 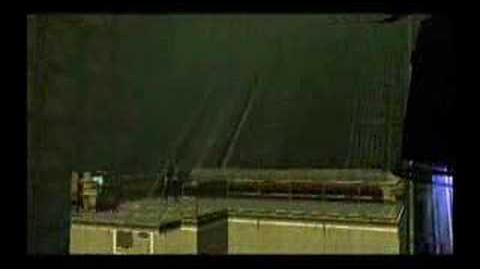