In Japan, the PS3 version of the game also includes a product code for downloading the Game Archives version of the original Metal Gear Solid instead of Peace Walker.[12] All included games have trophy support for the PS3 and PS Vita versions and achievement support for the Xbox 360 version. The control scheme of Peace Walker has been overhauled to make use of the dual analog stick and rumble feature of the controls.[12] The control scheme for the PS Vita version has been overhauled to support the PS Vita's touchscreen capabilities, and to account for the lack of the R2, L2, R3, L3, and pressure sensitive buttons. The game features some minor alterations to tutorial dialogue to take account of this.

The PS3 and PS Vita versions of the games have a new system called "Transfarring" which allows the player to switch the game between home consoles, handheld editions, and cloud storage, thus allowing continuous gameplay of the same file between systems. Peace Walker is able to transfer saves between the PS3 and PlayStation Portable while save data for Metal Gear Solid 2 and Metal Gear Solid 3 are transferable to the PS Vita and cloud storage.[1]

The games have been remastered for home consoles in 720p by Bluepoint Games, the same company that produced the God of War Collection and The Ico & Shadow of the Colossus Collection.

Regarding Peace Walker HD, Jiroo Tsubuyaki said, "It's not just emulation. There are many areas that are being remade, and the play feel is completely new." New features include: right analog stick compatibility, rumble support, high quality sound, and trophy/achievement support. Visually, the menus and other areas have been completely remade.[12]

The PS Vita version has been remastered by Armature Studio, based on the remastering work done for the PS3 and Xbox 360 versions. Features specific to the PS Vita version include many control changes due to the new features of the PS Vita, as well as the presence of fewer buttons and the lack of pressure sensitive buttons. Peace Walker is not included with the PS Vita version, due to the availability of the PSP version on the PlayStation Network.[14]

In 2012, Sean Eyestone explained that the reason why Metal Gear Solid: The Twin Snakes wasn't included in the HD Collection was due to the fact that the game was developed by Silicon Knights and the collection contained games that were directly developed by Kojima Productions and Hideo Kojima himself.[18]

**Originally announced as the Metal Gear Solid: Ultimate HD Collection. It was supposed to be a PS3 exclusive and was to include all the content and features of the regular version, plus a steelbook, Metal Gear Solid 4: Guns of the Patriots, a product code for downloading the Game Archives version of the original Metal Gear Solid and five art cards.[22] Zavvi announced a £69.85 price tag and limited the offer to 4,000 copies worldwide.[23] Zavvi's website set a release date of February 25, 2012.[24] The offer disappeared from the Zavvi website. The retailer then emailed all customers and informed them that, according to an email that Konami sent, the content and title had changed. A free platinum copy of Metal Gear Solid 4 was offered for the first 4,000 customers who pre-ordered it.[25] The promised Metal Gear Solid download code and art cards were removed from the edition and a Xbox 360 version was made available. The release date was changed to February 3, 2012 and was priced at £69.99.[26]

Game Informer gave HD Collection a 9 saying, "While this collection doesn't give you the complete picture, it highlights many of the reasons this series has such a devoted following."[34][35] IGN gave it a 9.0 saying, "If having to make a choice feels like picking a favorite kid, then the Metal Gear Solid HD Collection is a cowardly -- and awesome -- way out."[36][37] GamePro gave it a 4.5/5 saying, "if you loved these three gruff, gravel-voiced games on their original releases, or missed them the first time around, they're certainly worth adding (or re-adding, or, if you're like me, re-re-adding) to your library."[38]

The PlayStation Vita version also received positive reviews. GameRankings gave it a 82.25% based on 10 reviews,[39] while Metacritic gave it a metascore of 83 based on 22 reviews.[40]

IGN gave it a 9 saying, "It's OK to be disappointed that Peace Walker didn't make it into the Metal Gear Solid HD Collection on Vita, but it would be wrong to punish the game for Konami's move. The Metal Gear Sold HD Collection is packed with content, and it's a joy to play. Whether you're returning to Snake's adventures or experiencing them for the first time, these two games feel at home on the Vita, look great and will keep you busy for quite some time."[41] GameSpot gave it a 8.5 saying, "All told, this collection is worth every penny, and these iconic games will satiate the cravings of game-starved Vita owners in need of quality software."[42]

Game Informer gave it a 7.75 saying, "If you already own the title on PS3 and want to transfer your saves between devices to play Metal Gear on the go (and maybe earn some extra trophies), then maybe this trimmed-down version is worth considering. If you're not that kind of Metal Gear fan, then you don't need to waste another thought on this release."[43] EGM gave it a 7.0 saying, "Konami definitely has a checkered history with HD releases over the past year, and MGS: HD Collection continues that trend. It's not an complete disaster like Silent Hill: HD Collection, but while it certainly succeeds from a technical standpoint, one can't help but focus on what missing—instead of what's actually there."[44] 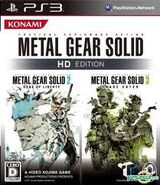 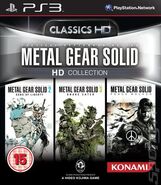 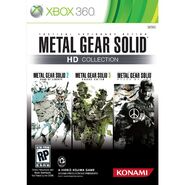 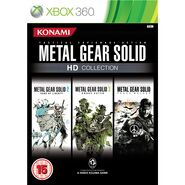 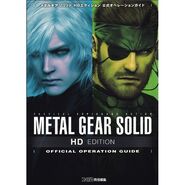 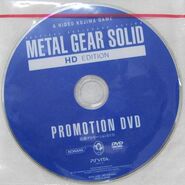 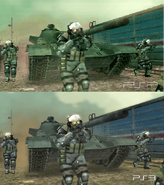 A comparison of the PSP and PlayStation 3 versions of Peace Walker. 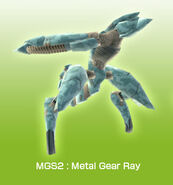 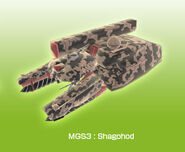 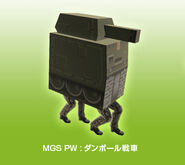 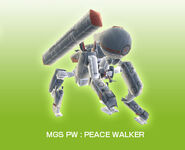 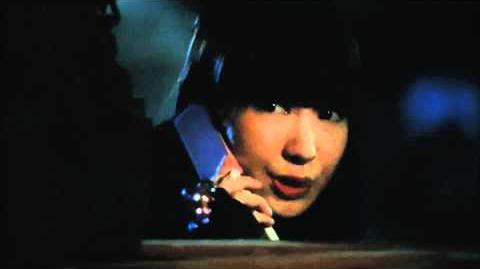