The game featured 16-player online battles. Players could upgrade skills that their character could use such as hacking SOP, CQC mastery, enhanced lock-on, and more, all of which could be leveled up. The player could keep tabs on allies and enemies with nanomachines.

The SOP system from Metal Gear Solid 4 was implemented through a link-system where teammates could connect to each other and share information such as location and where friendlies are aiming. The system, however, could be hacked with an SOP plug, allowing the opposing team to receive information regarding enemy positions.

The player was allowed to customize their character in variable clothing, face paint, gender, voice, voice tone, ethnicity, and whether they were young or old. The player could collect reward points in gameplay to achieve more customizations for their clothing. However, all the clothing was simply decorative and did not change the gameplay or gave players a tactical advantage in any way, shape, or form, with the possible exception of using certain varieties of clothing and face paint to camouflage oneself on certain areas of certain maps (which wouldn't work the same way as Snake's OctoCamo).

In the later years to follow, the online community became marred with hackers, modders and glitchers who would dampen the online experience with various ways of cheating such as lag switching, teleporting, aim-botting, and exploiting gliches in the CQC mechanics which continued until the game's final shut down.

The player could also train other players in a training room (assuming they had the necessary Wi-Fi to host a game) and could choose which players they graduate. Depending on player's character gender and selected voice, they would each hold their own unique speech. This voice would affect your in game singing voice too when typing in the command "<SONG>

An online beta test was released exclusively in Japan, which occurred from August 20, 2007 through September 3, 2007. The beta was only open to 3,000 players. In addition to announcing a ship date and hardware bundle for Metal Gear Solid 4, Sony Computer Entertainment America revealed that a beta for the game's online component would happen before the June release. Metal Gear Solid 4 came with a "starter pack" that would be expanded upon with extra content.

In North America, the multiplayer beta test for Metal Gear Online was made available to download on April 16. The beta test was originally scheduled to begin on April 21 and end on May 6, but high levels of server traffic forced Konami to delay the start of the beta until the servers were stabilized.

On April 11, 2008, Konami announced an open Metal Gear Online beta for Europe and would be available for download from April 17 and would be entirely open to everyone who downloaded it until May 6.

On April 21, the open beta was launched in Japan and Europe. Due to mass appeal, many gamers applied to participate in the beta, but the servers were met with severe user traffic within the opening minutes, resulting in a system wide crash. The beta therefore, had been postponed in Japan and Europe, as well as the launch of the North America beta, so Konami could fix and stabilize the servers. According to the Metal Gear Online teaser website, the beta was aimed to begin at midnight of April 25, with a comment mentioning a possible further delay if the solution hadn't then been resolved. Konami also set the new beta test closure date on May 11, 2008.

Metal Gear Online went live on June 12, 2008, the release day of Metal Gear Solid 4. It featured all the same levels and gameplay modes as the Beta, as well as adding two extra stages, totaling five stages, and a new gameplay mode, totaling at seven gameplay modes.

In addition to ranks, Metal Gear Online had an experience level for a player's skill as well. These levels went from 0 to 22. What the game took into consideration in terms of levelling up is as followed:

The player doesn't get any real reward from this. If anything, level 4 gave them the opportunity to host Combat Training as an Instructor should they manage to accumulate 20 hours of playtime, and already had graduated by an instructor of combat training themselves.

Many players would also use accomplices, in order to easily gain ranks or achievements which would require significant time or skill to achieve during regular play. This involves two or more players killing each other to get kill streaks of headshots, effectively termed "boosting", in order to have themselves recognized by elite players to get into a team for "Survival" or "Tournament" matches where elitism is rampant in forming such teams. Like all forms of cheating, however, this more often than not tends to not work in the player's favor, and their actual skill wouldn't match up with the level they are recognized as having. Hence, they would be easily defeated, and eventually cut down to size in rank by other players who also may or may not be cheating themselves in some form or another.

Being the first online mode in Metal Gear Solid 3: Subsistence, players played as members of the three units: KGB, Ocelot Unit and GRU. On some servers, the highest scoring player could play as the leader of the Ocelot and GRU units: the highest scoring player in the Ocelot Unit would play as Major Ocelot, while the leader of the GRU unit was Major Raikov. In contrast, the lowest scoring player in the KGB unit was given control of Sokolov. Naked Snake was also playable character in the game. Other special characters included Reiko Hinomoto from Rumble Roses, who came in a heel and face versions, one for each team. In addition, it was also the only game so far that allowed the player to use a flamethrower during gameplay. The Japanese servers were closed in December 26, 2006, the North American servers in April 2, 2007 and the European servers in October 30, 2007.

The game was made up primarily of games in which players competed against each other for points. The following modes were featured:

The maps in Subsistence were:

In the single player game, the player is able to recruit soldiers into their unit as part of the story. These soldiers would then be available in the online portion of the game. However, characters that die in the RC mode die permanently and can not be used in single player. These characters were then offered to the opponent, to become part of their team. Because of this, the player could surrender a match to save the rest of their unit. Characters that die in VR are not killed permanently. This could only be played through a wireless ad-hoc network on the PSP.

The later version, Portable Ops Plus (MPO+) was released on which was mainly focused on online play and had plenty of new and extra characters (like Genome Soldiers, Old Solid Snake, Roy Campbell, Raiden, Tengu Soldiers, High Tech Soldiers, etc.,) and new features like in-game text chat, animations/taunts that the character can use along with new maps, from classic MGS games and others.

The Multiplayer Modes, in the Match category, consisted of:

Unlike Portable Ops, this game had no story, just a set of missions (EASY, NORMAL, HARD, and EXTREME) and Snake (Big Boss) would be unlocked later. However, it included single player match modes like 'Training' and 'Boss Rush', the main focus being on the online mode rather than single player.

In this incarnation, up to 6 players would be able to choose their own character skins, which could be collected from single player game-play as "Versus Ops Uniforms," for decorative purposes as well as the various suits they had access to in single player for tactical purposes in multiplayer. Players could also receive downloadable uniforms that were also available via pass codes and DLC. They would also be permitted to choose which weapons to use in game-play, which had been collected in single player. However, the equipment would be restricted to a shield and Fulton balloons, the latter of which would be used to neutralize (not recruit) stunned or tranquilized players by non-lethal means (see Peace Walker weapons and equipment for information). Players also had the option of CO-OP for a multitude of missions. There were missions that involved 2-player CO-OP on conventional sneaking missions and 4-player CO-OP vs. Boss battles, both of which were available in story missions and Extra Ops missions. Players had the option of playing as Snake, assuming they initially managed to register as his character before anyone else in the server. Players could also choose characters of certain traits that would help boost the effectiveness of the mission being carried out (see Character Traits for information). Some of the Extra Op missions excluded Snake from gameplay, leaving the players with recruited characters. Players also had this could also only be played though a wireless ad-hoc network on the PlayStation Portable. In the Metal Gear Solid: HD Collection version, online play is compatible through the PlayStation Network and Xbox Live, respectively. Each Versus-Op can only still be played by only 6 players, however.

Maps for multiplayer can be unlocked by completing Extra Ops missions. These included maps that originated from Subsistance and Portable Ops.

The maps included in Peace Walker were:

Although not directly related to a new version of Metal Gear Online, the second version was briefly referenced in Metal Gear Rising: Revengeance with the 3D Photo Frame, which used as its female model the Type A Female Soldier from that game.

On February 15, 2012, Konami announced that the game would end in several phases. On March 21, the Online Shop was shut down. From April 24, registration for new player characters was no longer available. However, expansion packs, Preset Codec Message Appeal Packs were made available for free download, and reward shop equipment was available for free, with the exception of some "non-sale" items. During the last 24 hours of gameplay, Konami allowed all players to use the Patriot. On June 12, the servers were shut down for good, exactly four years after its release.[4] A farewell event ran by Konami was also held that day.

After the shutdown, some fans on the web community from SaveMGO decided to revive the game with their own server,[2] first with MGO1 in July 2014, and then later with MGO2. On February of 2021, MGO2PC launched- a service that allows you to connect with PS3 players and enjoy the online experience using a custom build of the RPCS3 Emulator. The dedicated player base is continuing efforts on preserving the rest of any unreleased content and bring tournaments, new custom maps and gear through game updates. Information on how to play the game can be found on their website, there have currently been no conflicts between the legality of SaveMGO or MGO2PC with Konami. 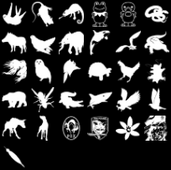 The image used on the Japanese standalone box art. 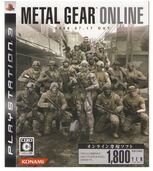 Poster for the farewell event. 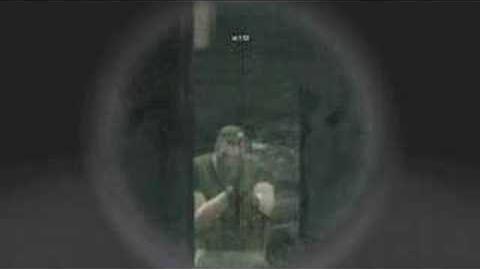