Metal Gear Acid (stylized as METAL GEAR AC!D) is a turn-based strategy video game developed by Konami Computer Entertainment Japan for the PlayStation Portable. It was the first Metal Gear game to be released on the PSP.

In 2016, a jumbo jet carrying Senator Hach, an important politician and likely future presidential candidate, is hijacked by terrorists. In exchange for the senator, the terrorists demand Pythagoras, a research project being conducted in the Moloni Republic in southern Africa, from the United States government. In efforts to identify these terrorists, the government begins an investigation of Pythagoras.

The Moloni government refuses to cooperate and work with the United States, saying that it doesn't want to interfere in its current affairs. In response, the U.S. sends in a covert special forces team to investigate, but the team is obliterated by armed resistance. With no other options and time running out, the U.S. government calls Solid Snake to infiltrate the laboratory, discover the nature of Pythagoras and to rescue Senator Hach.

Before each round, the player can customize the deck of cards used by the main characters. The majority of the cards are based upon elements spanning the entire Metal Gear series, such as weaponry, characters, and even the Metal Gears. The player's hand can consist of a maximum of six cards, while the maximum number of cards in a deck increases with overall progress. In action, the player can choose to use the cards as they are intended, or use them to move the character. Most cards only allow the player to move three spaces, while certain cards let the player move up to six or higher.

Cost is an important factor in game play, and can be summed up as the weight of the player's action. With some exceptions, all cards have a cost attached to them, and when used this cost transfers to the player. Cost varies radically from card to card. The higher the cost a character has, the longer that character must wait until their next turn. For example, if a player character has a cost of 15 and a guard has a cost of 10, then the guard's turn would occur before the character's.

Multiplayer, or "Link Battle", is also a new feature. Two PSP systems running Acid can link wirelessly, allowing players to face each other in a "sneak-off." The objective is to collect a certain number of diskettes before the rival player. Diskettes can be stolen by another player, so there is an emphasis on avoiding detection.

Metal Gear Acid was well received by critics. GameRankings gave a 76.96% based on 50 reviews. Metacritic gave it a metascore of 75.[1]

Place in the series

Although Acid is part of the Metal Gear series, it does not follow the same continuity as the Metal Gear Solid games released for the home consoles. The game features a new cast, but characters, weapons, items and game mechanics from previous games are depicted on the cards. There are three card packs available that cover each of the major Metal Gear games; Metal Gear Solid, Metal Gear Solid 2: Sons of Liberty and Metal Gear Solid 3: Snake Eater, as well as a fourth featuring cards based on the classic Metal Gear titles and miscellaneous Kojima games (Snatcher, Policenauts, Boktai and Zone of the Enders). 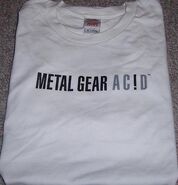 Promo T-shirt (white).
Add a photo to this gallery 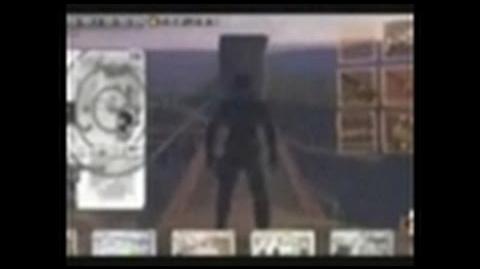