Flying platforms were a type of personal VTOL aircraft that were used by the Soviet Union during the 1960s.

Though based on an American design, the Hiller VZ-1 Pawnee, that used contra-rotating motors to generate lift, the Soviet flying platform was instead propelled by jet engines, which used solid fuel. Guards used these aircraft in areas where it was difficult to access on foot, such as canyons, up in mountains and in jungles. The platform provided great mobility to the guards and had thick armor plating at the front, which provided a shield to hide behind. It was often equipped with a searchlight that was used for scouting, but could also be used to blind enemies as they attempted to target the pilot. However, its main weakness lay in its design, since the body of the pilot and the engine on the underbelly was exposed, and therefore vulnerable to gunfire. Also, the platform itself was unarmed, so the pilot would have to carry a one-handed weapon, since one hand was required to operate the vehicle. Some of the flying platforms were equipped with spotlights for nighttime searches and in areas where visibility is limited. In addition, the underside of the flying platforms is a blind spot for the vehicles and their drivers.[1]

The flying platform was originally designed in the United States of America due to the rising desire of VTOL aircraft before helicopters were used to a large scale. Its intended uses were as artillery corps impact observations, reconnaissance, patrols, and transporting military personnel to trouble spots. An initial prototype, the Hiller VZ-1 Pawnee, was developed in 1954, and a successful maiden voyage happened a year afterwards. However, despite the success of its maiden voyage, the test trials had limited success, and because of this as well as it going beyond the planned use of them, the project was scrapped. Soviet scientist Aleksandr Leonovitch Granin managed to somehow procure the specs on the flying platforms and take over its development, also perfecting the design.[2]

In 1964, many flying platform variations were built in Groznyj Grad from GRU Colonel Volgin's colossal resources. Several of the GRU personnel in Tselinoyarsk used flying platforms to patrol the Ponizovje swamp and would sometimes be called upon to assist in search parties should an intruder's presence be discovered. Several participated in the pursuit of the enemy spies Naked Snake and EVA on their motorcycle, through the Lazorevo forest. Major Ocelot later used a flying platform to board Snake and EVA's WiG, in order to have one last gun duel with Snake.

In 1970, FOX Lieutenant Cunningham piloted a personal flying platform equipped with a searchlight and had a variety of weapons: a laser-based weapon, a six-barreled machine gun, missiles, and mines. On the San Hieronymo Peninsula, Cunningham his personal platform to harrass Big Boss (Naked Snake) twice: the first time he ambushed Big Boss's resistance soldiers at the guest house, and the second time during his battle against Big Boss at the silo complex.

Flying platforms first appear in Metal Gear Solid 3: Snake Eater. While in use, they emit a UFO-type humming sound, which was implemented under director Hideo Kojima's request.[3] A heavily armed version is fought during a boss battle in Metal Gear Solid: Portable Ops.

Though based on the Hiller VZ-1 Pawnee storywise, the flying platform's design and appearance in Metal Gear Solid 3 is actually taken from the real life Williams X-Jet, which was developed in the 1970s (the implication being that the Soviets had surpassed America in this field of technology, for the game's 1964 setting, due to Volgin's use of the Philosophers' Legacy). As part of a long line of research in single occupant VTOL craft for the military, the prototype X-Jet was created by Williams International as a proof of concept. Its initial success resulted in the creation of the Williams Aerial Systems Platform, nicknamed "The Flying Pulpit", with testing of the WASP I and WASP II being completed in 1980. However, the lack of safety provided for the pilot in the event of an attack or system failure, resulted in the craft not being put into production. Ultimately, the U.S. Army deemed it to be inferior to helicopters and small unmanned craft.[4][5][6][7]

In Metal Gear Solid 3, tranquilizing a platform's pilot will cause the vehicle to cease functioning, and crash to the ground. Damaging the platform's searchlight will weaken their search capabilities and they may sometimes return to base for repairs. If the player sabotages the Hind gunship at Bolshaya Past Base, a flying platform will later be encountered at Krasnogorje Mountainside in its place. This could be considerably ill-advisable as flying platforms can be harder to avoid than a mere Hind, although unlike Hinds, can't detect people if they are wearing camouflage.

Concept artwork for Metal Gear Acid implied that Flying Platforms would have appeared in the game. The pilots would have worn white and orange uniforms.

The laser device that Cunningham's flying platform uses in Portable Ops is also an unlockable weapon used by Cunningham alone. It can only be unlocked if the player beats Cunningham non-lethally before January 1, 1971. It carries unique ammunition not found anywhere else in the game, and can only be operated in a manner similar to a sniper rifle.

Although flying platforms don't make any reappearances in later games, the Snake Eater flying platforms made a cameo as a series of blueprints at Huey's lab in the Afghanistan Central Base Camp.[8] 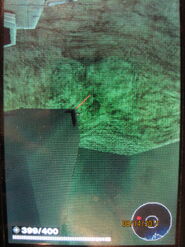 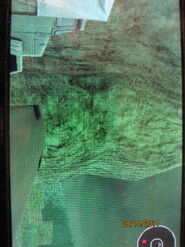 Retrieved from "https://metalgear.fandom.com/wiki/Flying_platform?oldid=266107"
Community content is available under CC-BY-SA unless otherwise noted.