Dhekelia SBA Memorial Hospital was a military hospital in Cyprus. It was situated, as the name would suggest, in the British Sovereign Base Area of Dhekelia, one of two sovereign base areas created in southern Cyprus in the year 1960.

Following the helicopter crash at the climax of the Ground Zeroes Incident, a comatose Big Boss was moved there under the orders of Zero. In addition to Big Boss, a former medic of the Militaires Sans Frontières, who was also involved in the crash and placed into an artificially induced coma was moved there too. He would later be transformed into a body double for Big Boss known as Venom Snake for the purpose of protecting him against further attacks by the XOF. In 1984, the hospital was attacked following the nine year coma of both parties. 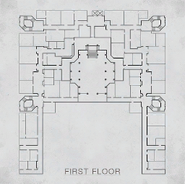 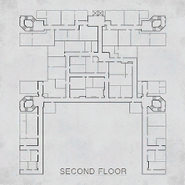 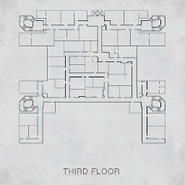 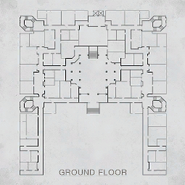 Hospital's Logo as it appears on ID Cards.
Add a photo to this gallery

Retrieved from "https://metalgear.fandom.com/wiki/Dhekelia_SBA_Memorial_Hospital?oldid=266065"
Community content is available under CC-BY-SA unless otherwise noted.