Communications Manager of Konami Paris (prior to June 2011)

Cécile Caminades is the former Communications Manager of Konami Paris, as well as the manager and founder of the PR group LU 6.1. She holds dual citizenship in both France and Britain.

Having received training at the Sorbonne Nouvelle University (also known as Paris III), Caminades was hired as a press secretary officer for Sony Computer Entertainment Europe, and maintained that job until February 2001, where she was transferred to Konami Paris to act as the Communications Manager. She eventually left by June 2011, to found and act as manager for LU6.1.

Involvement in the Metal Gear series

During the development of Metal Gear Solid: Peace Walker, Caminades acted as the basis for the character Cécile Cosima Caminades, with the character even being named after her, as part of a deal she and Kojima made back in 2007-2008. She also was interviewed during the Peace Walker World Tour 2010 when it was in Paris, France. 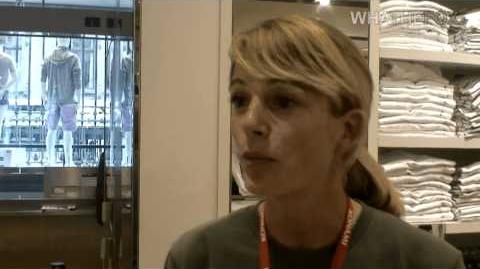