What's on your mind?

Hey everyone. Last time I was here I asked which game I should start with and everyone gave me some helpful advice. I decided to look around and see what I could find and I ended up finding a copy of the legacy collection on Amazon which contained all games from 1-4, VR missions, peacewalker and the original games for the MSX. I have been solely focused on playing metal gear and as of now I have just finished Sons of liberty. I would like to share some of my thoughts on the series later and would like to thank everyone for their advice.

There're a lot of MGS fans around me, and I think I should provide them a way to learn about MGS. I won't just copy them, but translate them and write the information more detailed. Can anyone in charge here give me a permission? Appreciate a lot.

Hi guys, could you explain better about the Strange Love character? I know she has a certain importance in the plot, like being Otacon's mother for example. But I never knew anything about her!

Is mainly focused on the extra content like the sideops or the Paz cassette tapes, so is a light and nice reading.

Hello everyone! I’m new to metal gear and have been trying to get into it but I never really gave it a chance. After playing though a bit of my backlog, however, I’ve decided to finally give it a chance but I’m not too sure where to start. So I’m wondering which game is a good place for a metal gear noob like myself to begin?

Hey guys, we're halfway through Hispanic Heritage Month, and I'd like to point out that FANDOM participates in celebrating it!

You can check out the main post at Community Central here and join our official FANDOM HHM Discord Server!

We've highlighted several works in entertainment and its ever-growing part, Gaming, and Metal Gear Solid is a part of it, thanks to Peace Walker. Anyone who played it knows it features the historic Sandinista National Liberation Front, showing it in a nuanced and complex manner - in no small part thanks to including two FSLN characters Big Boss recruits into his mercenary nation:

Chico would even get a second appearance in Ground Zeroes, though for reasons of helicopters and bombs, would be missing from Phantom Pain (though he was planned to make another appearance, as covered in the article).

As a final note, if you yourself celebrate Hispanic heritage in some form, leave me a message - we're planning a small project that could use your help!

Did the Patriots recovered it? Or they dismantled it?

I feel like Fatman has traits of being autistic. I’m autistic myself and know everything about him, so I know what I am talking about.

Here are the traits I found that connect to him possibly being Autistic:

Behavioral - Fatman is described as insane. He wasn’t well liked at school. And was neglected by his parents, possibly since they couldn’t understand him (since he still went to his father’s clock shop, and mentioned it before the boss battle.) He can not keep his hands still at all, and keeps them smooth. He still shows behavioral issues from his ego/psychopathy. He displays verbose speech in the graphic novel sometimes. He may have trauma from being called names beforehand (in the graphic novel.)

Stimulatory - Fatman uses rollerblades to travel. During the boss battle, he can spin around and fall down. He also does little loops sometimes while skating. He can also pause and can get distracted by seagulls, he sticks his arm out and attracts them. He can not keep his hands still.

Interests - Fatman loved mechanics, thats how he got into the explosives business. He called his explosives works of art. Mechanics/explosives are his special interest. He also loves fine wine, earrings, manicures, and possibly literature (given how he was sometimes verbose during the graphic novel)

Quiet and the Dimensional Traveler: Peace Walker - Chapter 1 - DANNYGROM - Metal Gear [Archive of Our Own] archiveofourown.org

(Sigh) wish me luck on a new playthrough on MGS2: Son's of Liberty. Been a hot minute so I'll definitely get my butt kicked more than I'd like.

Quiet and The Dimensional Traveler: Guns of The Patriots - Chapter 1 - DANNYGROM - Metal Gear [Archive of Our Own] archiveofourown.org

Added some details, new characters and some lore too!

Also with some history lessons about end of Cold War and 2003 invasion of Iraq that can help with essays or exams.

I manage to get mgs 3 on my pc via emulator however its difficult for me to set up the binds. Can someone help me?

Hello fellow Metal Gear fans! I have been looking about and see people say that Metal Gear characters can go up to FTL speeds, but I can't find jack shiz about that stuff. So, since lots of yous likely know more bout this stuff, I would like to ask if any of y'all know a reason why some say this, or if you can provide evidence to why, I would/will greatly thank you for answering my question.

So I’ve followed metal gear for years, but only recently I had a realization that I do not in fact have a concrete idea as to why Ocelot transplanted Liquid’s arm onto himself, or why he hypnotized himself to become Liquid. Liquid’s personality claims it was purposeful, and that he “chose” ocelot. Which, being dead, is impossible.

In Mgs2 he often complains to Solidus about the arm acting up (because at this point it is actually liquids arm and his psyche is taking over). It’s my thought that he specifically got Liquids arm as a means to create some plausible explanation for his cover of working with Solidus. Although why someone wouldn’t find requesting that particular persons arm as suspect is beyond me.

And then in MGS4, it’s possible he had obtained the arm and kept it, solely to use it in his insurrection against the patriots, and the hijacking of SOP, which required Big Boss’ dna. Maybe he had suspected Liquid’s DNA would suffice, and that is what caused him to obtain the arm in the first place, so he could have it at this pivotal moment. Even though Liquid’s dna ends up not working.

As for hypnotizing himself. Maybe it was to incite Snake into pursuing him? I mean he was already doing world ending things so that should’ve been enough, but maybe if it wasn’t Liquid, Snake wouldn’t have been so quick to act?

Maybe becoming Liquid was part of his confrontation with Kaz in MgsV, “I will make his Phantom stronger, and train his son to destroy him” “And I will stop you, and train the other son”. Although this seem like a bit of a stretch cuz Ocelot wasn’t desperate or coming at it from a vengeance angle like Kaz was, he was just explaining his method to defend Big Boss. It was less personal for him and more of a duty thing. Also not like him and Eli got along particularly well. So some personal need to “become him” kinda would come out of nowhere. So that probably isn’t it.

Also it’s not mentioned in the wiki article why. So PLEASE SOMEONE HELP ME MAKE SENSE OF THIS😂😂😂

When Fatman said that quote in Metal Gear Solid 2. I was like, “hmmm, what movie could Fatman be in?” And that got me thinking.

An action movie? An autobiography movie? Hmmm maybe a spy movie! Its very interesting, and can lead to multiple ideas. Hmm, maybe even a romance movie! Maybe his charm can get himself a partner!

What do you think? 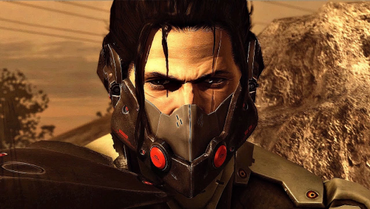 Sam (Only Thing I Know For Real 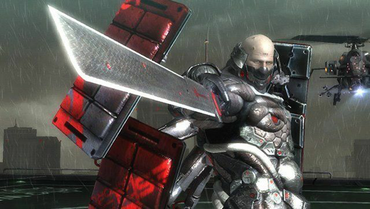 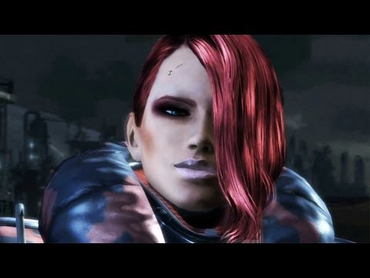 Mistral (A Stranger I Remain) 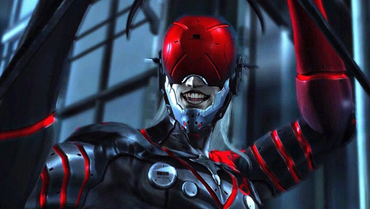 Monsoon (The Stains Of Time) 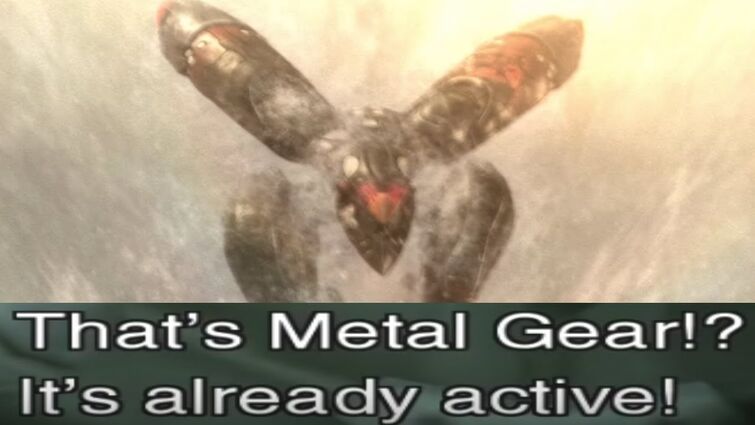 Rules Of Nature but with a vibrato effectYouTube